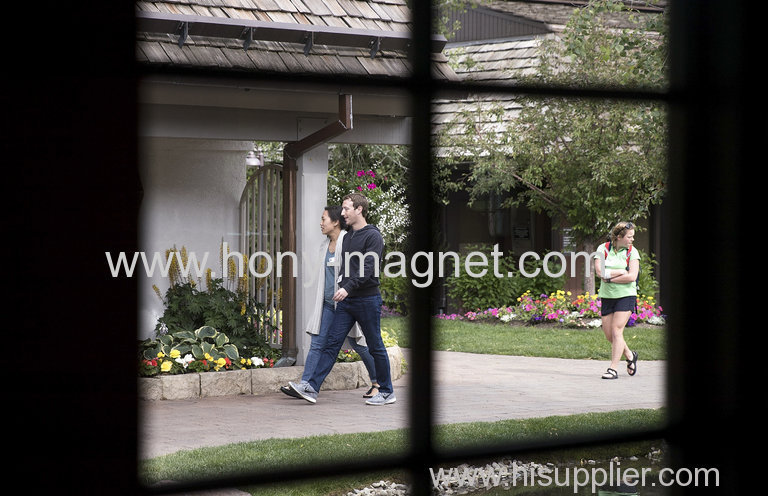 Facebook is out to upend the traditional student-teacher relationship.
On Tuesday, Facebook and Summit Public Schools, a nonprofit charter school network with headquarters in Silicon Valley, announced that nearly 120 schools planned this fall to introduce a free student-directed learning system developed jointly by the social network and the charter schools.
Rather than have teachers hand out class assignments, the Facebook-Summit learning management system puts students in charge of selecting their projects and setting their pace. The idea is to encourage students to develop skills, like resourcefulness and time management, that might help them succeed in college.
"As parents and kids and teachers get access to this type of learning, I think more and more will want it," Diane Tavenner, the co-founder and chief executive of Summit Public Schools, said in a telephone interview.
The Facebook-backed platform is entering the public school software market when rival tech giants like Google and Microsoft have already established big footprints in education, in an attempt to build brand loyalty among students early.
In June, Google said more than 60 million students and teachers worldwide used Google Apps for Education, a suite of free products that includes Gmail and Google Drive for document-sharing. Many other schools use Microsoft productivity tools and Skype, the videoconferencing tool, in classrooms. Amazon also plans to soon introduce Amazon Inspire, a site where teachers can share free instructional materials.
But the Summit-Facebook system, called the "Summit Personalized Learning Platform," is different.
The software gives students a full view of their academic responsibilities for the year in each class and breaks them down into customizable lesson modules they can tackle at their own pace. A student working on a science assignment, for example, may choose to create a project using video, text or audio files. Students may also work asynchronously, tackling different sections of the year's work at the same time.
The system inverts the traditional teacher-led classroom hierarchy, requiring schools to provide intensive one-on-one mentoring and coaching to help each student adapt.
This summer, more than 1,500 educators and leaders of public, private and charter schools participating in the program, called Summit Basecamp, attended sessions to learn how to use the system. Among the 19 schools that introduced the new learning approach last year, at least a few educators and administrators reported a steep learning curve.
"There were many points where we weren't sure the Summit Basecamp model was what our students needed," said Claire Fisher, the principal of Urban Promise Academy, a public middle school in Oakland, Calif., which introduced the platform in its sixth-grade classes.
By the end of the school year, however, 31 percent of the school's sixth graders were reading at or above their grade level, compared with just 9 percent in the fall. That was a larger improvement in reading than students in seventh and eighth grades, which did not use the platform, Ms. Fisher said.
Mark Zuckerberg, Facebook's chief executive, and his wife, Dr. Priscilla Chan, were the catalysts for the partnership. It is the couple's most public education effort since 2010 when they provided $100 million to help overhaul public schools in Newark, a top-down effort that ran into a local opposition.
The Facebook-Summit partnership, by contrast, is more of a ground-up effort to create a national demand for student-driven learning in schools. Facebook announced its support for the system last September; the company declined to comment on how much it is spending on it. Early this month, Summit and Facebook opened the platform up to individual teachers who have not participated in Summit's extensive on-site training program.


Previous:   Google Effect Rubs Off on Scho Next:  3 surprising uses for old tech