Amazon Echo, a.k.a. Alexa, Is a Personal Aide in Need of Schooling 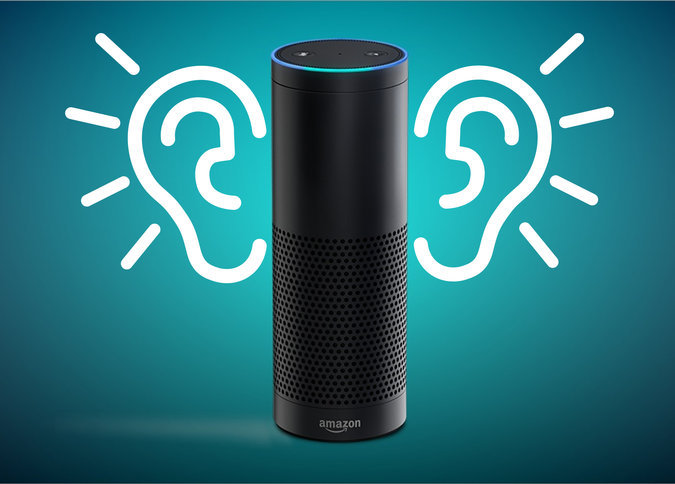 THIS week, I asked a friend for help: "Alexa, can you write this review for me?"
"What's your question?" Alexa responded.
"Can you write this review for me?"
"Review is spelled R-E-V-I-E-W."
"Thanks," I said. "That about sums it up."
O.K., so Alexa isn't perfect; far from it, in fact. If there is one glaring flaw in the Amazon Echo — the tiny wireless speaker and artificially intelligent personal assistant, a machine that one always addresses with the honorific "Alexa," as if she's some kind of digital monarch — it is that she is quite stupid.
If Alexa were a human assistant, you'd fire her, if not have her committed. "Sorry, I didn't understand the question I heard" is her favorite response, though honestly she really doesn't sound very sorry. She'll resort to that line whether you ask her questions answered by a simple Google search ("How much does a cup of flour weigh?") or something more complicated ("Alexa, what was that Martin Scorsese movie with Joe Pesci and Robert De Niro?").
Other times, she is mind-numbingly literal. One night during the N.B.A. playoffs, I asked, "Alexa, what's the score of the basketball game?" She proceeded to give me a two-minute, 18-part definition of the word "score" that included "a seduction culminating in sexual intercourse." Not exactly what I was going for.
And yet, after spending three weeks testing the Echo, I really kind of love Alexa. She is just smart enough to be useful. And she keeps getting smarter. This week, after a long invitation-only preview period, Amazonbegan selling the Echo to the public. At $179.99, Alexa is more expensive than I'd like. (Subscribers to Amazon's $99-a-year Prime subscription service could buy the Echo for only $100 during the preview.) But if you're the type who enjoys taking chances on early, halfway useful tech novelties, the Echo is a fun thing to try.
And if you're anything like me, after a week with the Echo, you may feel the device begin to change how you think about home tech. It will not seem far-fetched to expect that one day soon, you'll have an all-knowing, all-seeing talking assistant to control your lights, thermostat, entertainment system and just about anything else at home. In Alexa, Amazon has created the perfect interface to control your home; if it adds some more intelligence, it would be quite handy.
The Echo is a stout, plain-looking cylinder, about the height of a toaster, that you can park just about anywhere you have Wi-Fi access, though it seems most useful in the kitchen. It comes with a remote control that you don't really need, because after a quick initial setup using your smartphone, you can control pretty much everything the Echo does with your voice. (The remote does have a microphone that allows you to speak to the Echo from far away.) From there, the Echo is terrifically easy to use — say "Alexa" and ask your question.
At the moment, there are only a handful of uses for the Echo. She's great at telling you the weather, adding stuff to your shopping list, reordering items you frequently buy from Amazon, giving you a heads-up about your nearing calendar appointments, and answering the most basic of search queries.
She is pretty good at playing music, though her main source is Amazon Prime Music, a streaming service that is included with a Prime membership. Prime Music's selection is dreadfully limited, though, and at the moment, the Echo can't connect to many other streaming services. Thankfully, with a few quick voice commands, Alexa can connect to your phone like any other Bluetooth speaker. That way, she can take control of music you play from most apps, including streaming apps like Spotify. You can't call out for specific songs this way, but you can say "Alexa, pause" or "Alexa, next" and she'll control the tunes playing from your phone.
The Echo is also a very good kitchen timer. Put your cookies in the oven; yell out, "Alexa, set timer for 12 minutes"; and she's off. It's far easier than fumbling with buttons on the microwave, especially when you have your hands full.
But wait a minute — can't you do pretty much all this on your phone, your smartwatch or many other devices? Yes, you can, but Alexa is right there. She's always plugged in. She's always listening, and she's fast. It's surprising how much of a difference a few milliseconds make in maintaining the illusion of intelligence in our machines. Because Alexa is far quicker to spring into action than Siri, Apple's digital personal assistant, especially Siri on the Apple Watch, I found her to be much more pleasant to use, even if she is frequently wrong.
Amazon says that it plans to constantly improve the Echo. During the preview period, it added a host of new features, including the ability to control some smart-home devices, built-in integration with the Pandora streaming service, and traffic information for your morning commute. I'm hoping Amazon creates an open system — what developers call an API — for the Echo, which will allow a wide variety of online services and apps to connect to the device. If it moves nimbly, keeping ahead of Apple and Google, Amazon could transform the Echo into a something like a residential hub, the one device to control pretty much everything attached to your home.
At the moment, that dream is far off. But dumb as she sometimes sounds, Alexa may be just smart enough to make it happen.


Previous:   Study Suggests That Google Has Next:  Podcasting Blossoms, but in Sl