How to Determine the Power Rating of Your Gadget's Batteries 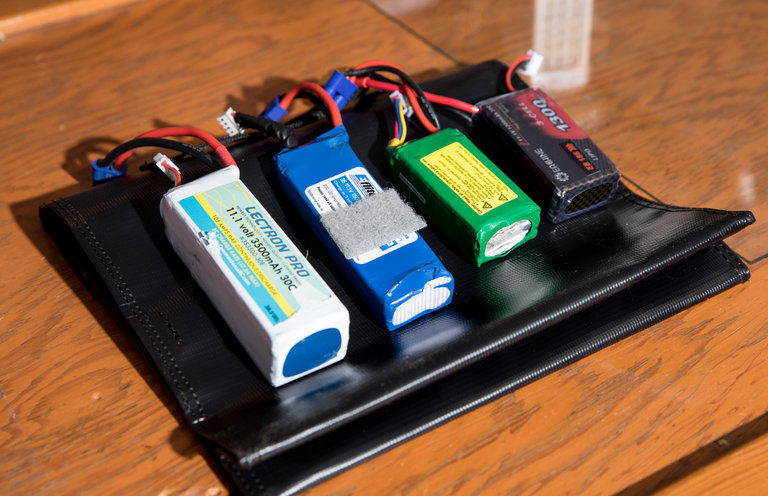 Airplane passengers carrying the usual assortment of phones, cameras, tablets and e-readers are well within the airline industry's safety limit for lithium-ion batteries of 100 watt-hours for each device. That figure measures how much energy the battery can hold as well as how much energy it can deliver over time.
Given the potential for lithium-ion batteries to catch fire, the difficulty in extinguishing such a blaze and the toxic fumes a burning battery emits, the airline industry is wary of batteries rated higher than 100 watt-hours, which is typically written as 100 Wh.
According to the website of the Pipeline and Hazardous Materials Safety Administration, an office of the federal Department of Transportation, watt-hour ratings are a function of the amount of lithium in the battery. "Eight grams of E.L.C. are about equal to 100 watt-hours," the website says. E.L.C. refers to equivalent lithium content.
A battery in a smartphone might be only about 12.4 watt-hours. But professional broadcast cameras, batteries for power tools and even some extended-duration laptop batteries can exceed 100 watt-hours. Those are allowed in the cabin of airliners up to a maximum of 160 watt-hours and only under certain conditions.
Usually this means the battery must be installed in the device it is powering and show no signs of damage. Terminals on spare batteries must be taped or otherwise protected to prevent short-circuiting that can lead to a fire or explosion. Portable chargers are also considered spare batteries and can travel only in passenger carry-ons — not in checked luggage where a fire could go undetected.
Newer batteries may show the watt-hours, as Wh preceded by a number, but not all are marked this way.
Calculating the watt-hours based on the information printed on the outside of a battery is not difficult. Multiply the given volts by the battery capacity, shown as milliamps or mAh. Divide the sum by 1,000 to get the watt-hour rating.
Drones, which are increasingly popular and were expected to be an in-demand holiday gift, can require relatively powerful batteries.
Isidor Buchmann, an engineer who runs the informational website Battery University, says that while drone batteries are small, they may have a high watt-hour rating.
"The drone needs both runtime and power," Mr. Buchmann said. "It draws a lot of power. It's almost as bad as a power drill."