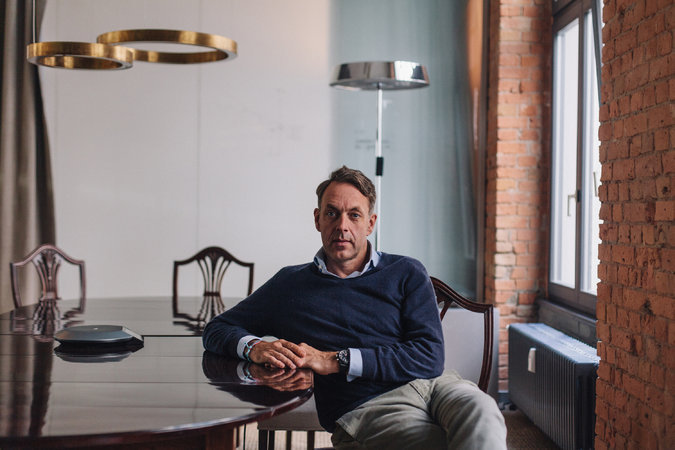 Klaus Hommels has invested in some of Europe's most successful start-ups. That includes Spotify, the music-streaming service, and Klarna, a Swedish online payments company valued at more than $2 billion. He has also backed several American tech giants like Facebook and Airbnb, the vacation-rental site.
Now, the German venture capitalist is doubling-down on Europe's tech sector.
On Monday, Mr. Hommels's venture capital firm, Lakestar, will announce a new fund worth 350 million euros, or $398 million, one of the largest European fund-raisings so far this year. It is more than double his previous fund, raised in 2013, whose portfolio of start-ups includes Harry's, the American online shaving company, and Algomi, a London-based social network for bond trading.
Mr. Hommels, 48, who lives in Zurich, plans to spend most of the new money on European start-ups, but also a few American fledging tech companies looking to fast-track their global ambitions. He said that as more industries like automotive and energy embrace new tech trends, he would look at early-stage companies transforming the way people — and traditional companies — lead their daily lives.
"Technology has become integral to how we live," said Mr. Hommels, who also invested in King Digital, the maker of Candy Crush, but sold his stake before the company went public, missing out on roughly $1 billion. "We won't be afraid to back start-ups with high valuations if we can accelerate their growth."
The fund-raising by Mr. Hommels is perhaps the strongest evidence yet that investors have rekindled their interest in European venture capital. Just like in Silicon Valley, where companies like Uber, the ride-booking service, have attracted eye-popping valuations, venture capitalists, private equity firms and other investors are now flooding into Europe.
In part, that is because of companies like King Digital; Mojang, the Swedish gaming company behind Minecraft that Microsoft bought for $2.5 billion; and Zalando, the German e-commerce giant. They have become successful Internet businesses, offering sizable returns to early investors.
There are now 131 so-called unicorns, or start-ups valued at over a $1 billion, according to the data provider CB Insights, including European ones like Deliveroo, a food-delivery company that recently raised $70 million.
In the second quarter of this year, European venture capital firms raised a combined €2 billion, or 63 percent more than over the same period last year, according to the data provider Dow Jones Venture Source.
While those figures are still dwarfed by the $12.9 billion that United States venture funds raised in the second quarter of 2015, Europe is fast approaching the funding highs of the dot-com era, according to industry figures.
That has raised concerns, however, that Europe is mimicking some of the excesses — including sky-high valuations and bidding wars for top talent — now widespread across the West Coast that have many fretting that the industry is entering another investment bubble. Those concerns could intensify with the sharp fall last week in markets around the world.
"In a tech boom, a lot of people want to get into venture capital," said Hussein Kanji, partner in Hoxton Ventures, a London firm that is expected to start raising a new fund by the end of the year. "There's an influx of both good and bad capital."
Analysts say many of the region's legacy firms, like Index Ventures and Accel Partners, have increasingly focused on later-stage funding rounds where start-ups' business plans are more predictable. That has made their investments somewhat less risky, but has also opened a gap for others, including Google Ventures, the investment arm of the search giant that announced a $100 million European fund last year, to focus on less-established tech companies.
Felix Capital, a London-based fund that raised $120 million in June, has, for instance, focused primarily on fashion, food and fitness tech companies. Saul Klein, a former Index Ventures partner, is targeting early-stage investments only in London.
And Ciaran O'Leary and Jason Whitmire, two prominent Berlin-based venture capitalists, are close to securing roughly €100 million for a new fund, called Blue Yard, to back European start-ups that make it easier for the general public to use technology like geolocation positioning, according to a person with direct knowledge of the matter, who spoke on the condition of anonymity because the funding has not yet closed. A spokesman for Blue Yard declined to comment.
"We need more people willing to bring a fresh approach to Europe venture capital," said Stéphanie Hospital, a former executive of Orange, the French telecom company, who is currently raising a €100 million fund called One Ragtime.
"We're not in a bubble," she added. "Silicon Valley was once the only place to build a start-up. Now, anyone in the world has the chance to create a global business."
For Mr. Hommels, who caught the investment bug after receiving $20,000 from his grandmother as a teenager — he used the money to back the initial public offering of Puma, the German sports brand, tripling his money almost overnight — fears of a European tech bubble are not causing him sleepless nights.
Unlike the dot-com era, he says, when technology was relegated to a small group of web entrepreneurs, the use of smartphones, cloud computing and other trends have now spread across the general public.
Many of the latest generation of European entrepreneurs also are more savvy than earlier ones, he said, often learning directly from their successful Silicon Valley counterparts about how to run their businesses. And, Mr. Hommels added, any potential downturn in the region's tech sector may flush out venture firms that are just jumping into it as the latest investment fad.
"Good entrepreneurs can always distinguish between smart and easy money," he says. "Even if the bubble bursts, that's not necessarily a bad thing."


Previous:   In-Flight Wi-Fi Prices Jump as Next:  Accomable: Lessons From an Ins