The State of Uber: How It Operates in the U.S. 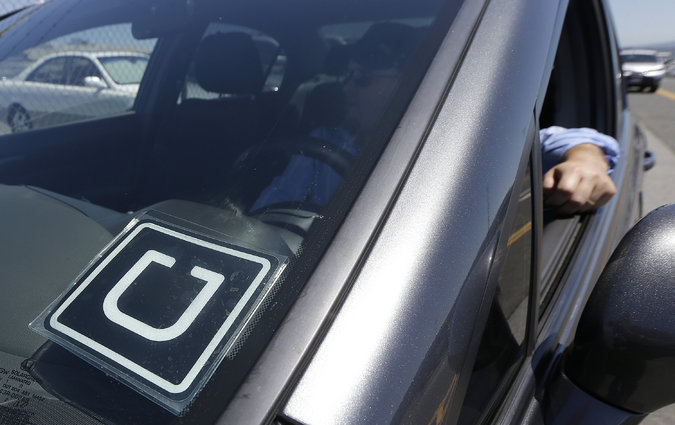 Uber has ended the latest struggle in its ride-sharing operation after New York City dropped, for now, its plan to limit the number of vehicles the company could operate in the city.
The fight in New York is the latest hurdle the company has negotiated in an uneven expansion as it juggles regulations and demand on multiple state, county and municipal levels.
In Utah, for example, the service was first in use in Salt Lake City but not in St. George. In Montana, Uber has a statewide green light and is getting ready to open, said Matt McKenna, an Uber spokesman. In Florida's Broward County, it will withdraw service at the end of July after new legislation on taxi fares makes it impossible for Uber to link drivers with technology.
Uber says it now has ride-sharing services in more than 150 cities, from Miami to Honolulu, and in regions and states like Delaware, greater Maryland and eastern North Carolina, according to a list on its website.
The company has, at times, had to conduct negotiations within a city's boundaries, as it did with its recent agreement with aviation authorities specifically allowing it to serve travelers at San Diego's airport.
In the United States, the company claims ride-sharing agreements in 42 cities and states, and pacts in another four states and four cities temporarily permitting it to operate before formal regulations are in place.
It does not operate in Wyoming, South Dakota, West Virginia and Alaska.
The app company has had a presence in New York City since 2011, and the number of its vehicles on the streets has grown to about 20,000. "We are pleased new drivers will continue to be free to join the for-hire industry and partner with Uber," said Josh Mohrer, Uber's general manager in New York, in a statement after this week's deal with the city was completed.
Under the agreement, the city will conduct a four-month study on the effect of Uber and other for-hire vehicle operators on New York's traffic, and Uber is required to maintain its current rate of growth.
The ride-hailing start-up is no stranger to controversy in the United States and abroad.
Mayor Bill de Blasio had cast Uber as a corporate behemothbefore the pause in their fractious struggle on Wednesday.
As The New York Times reported in December, Uber's devil-may-care approach to dealing with city officials has become a hallmark of the company's strategy, as seen in the start of its services in Las Vegas, Austin, Tex., and Philadelphia.
Its rise in the industry has been fraught with debate,extensive lobbying and accusations by Uber that local regulations often fail to keep up with consumer need and innovation, as highlighted in a Bloomberg profile of the company's entry into Portland, Ore.
Uber says that it helps local economies, providing a fare system that has options for low-income neighborhoods and economic opportunities for drivers who can make their own schedules.
Abroad, the ride-hailing app has faced strong resistance in Europe, particularly in France, where taxi drivers protested its Uber Pop service ,which books passengers at lower rates than the conventional service. There is also debate over the employment status of drivers, and concern that they are not properly vetted; the service added a panic button in India after rape accusations against one of its drivers.


Previous:   In Microsoft's Nokia Debacle, Next:  One Way to Reform Reddit: Give