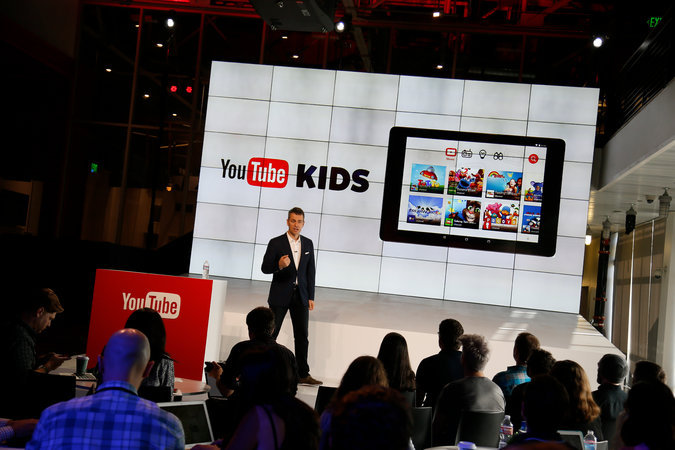 WASHINGTON — Visit YouTube Kids and typically it will not be long before promotions for junk food appear. The advertisements regularly show up in the form of funny contests and animated stories.
In complaints filed to federal officials on Tuesday, two prominent consumer advocacy groups argued that those ads were deceptive, particularly for children. The two complaints, made to the Federal Trade Commission, expand on the groups' filings to the agency in April and could increase pressure on federal officials to intervene in the fast-growing online video market.
The groups, the Campaign for a Commercial-Free Childhood and the Center for Digital Democracy, argue in the complaints that online video aimed at children is too commercialized and is not held to the same standards that apply to cable and broadcast television. The complaints call for an investigation of food marketers, video programmers and Google, which owns YouTube, as well as for a broad examination of advertising of such food to children online.
"You have digital natives consuming content simultaneously with the growth of powerful marketing at children at the earliest ages," said Jeffrey Chester, executive director of the Center for Digital Democracy. "The agencies are lagging and the companies are emboldened."
Google introduced YouTube Kids in February as a mobile app "built from the ground up with little ones in mind," according to a blog post by the company. The app is geared for children of preschool age and older. After downloading the app on a mobile device, parents are guided through a tour of how to set safety features, like the option to block searching. The videos on the platform are selected from the main YouTube site through algorithms set to pick child-related content.
The groups expand on their April complaints by asking the F.T.C. to examine the advertising practices of food companies, and by citing new evidence of junk food ads on the app. In the new complaint, the groups argue that more than a dozen food companies have fallen short of their own promises to abstain from marketing junk food to children on YouTube Kids. The groups say that brands like Burger King, Coca-Cola, ConAgra Foods and American Licorice have commercials on the app for products including potato chips and chocolate bars.
While the groups direct blame toward marketers, they also criticize YouTube for not enforcing its own policies. YouTube restricts paid advertising of food and beverages on its children's app, but the groups said their review of the app found many examples in which food companies used their own branded channels to show promotional videos. The groups asked for an investigation into uploaded TV commercials from unknown YouTube Kids accounts to determine whether there were connections between the food companies and those channels.
The Federal Trade Commission has been reviewing the April complaint, according to a person with knowledge of the investigation who spoke on the condition of anonymity. The F.T.C. usually accepts complaints and begins at least a preliminary review process.
Any investigation of the previous complaint and the new filings would not be public, said Jessica Rich, director of the Bureau of Consumer Protection at the F.T.C. "We welcome and we review carefully all such complaints submitted to us," she added.
The Children's Food and Beverage Advertising Initiative, a coalition of major food and beverage companies that is mentioned in the complaint, said it had complied with its commitments. The organization said the companies did not place food ads on YouTube Kids, but it had seen how their ads could appear via the search function. The group said it had asked Google to find a technology fix to prevent the ads from appearing there.
The group's "participants are not purchasing advertisements on the YouTube Kids app, even for foods that meet C.F.B.A.I.'s nutrition criteria," it said in a statement.
For children's television programming, there are clear rules that limit the length of commercials, as well as restrictions on product placement and on the promotion of products by TV hosts and characters. The Children's Food and Beverage Advertising Initiative, formed in 2006, promised not to advertise any products that did not meet certain nutritional standards to children under 12 on TV or online.
YouTube Kids states in its parental guide that it cannot be responsible for user-generated content by branded channels or third parties.
YouTube said last week that the app had been downloaded more than 10 million times and had received strong ratings in app stores.
The company said parents could turn off the search function to help block content they do not want to reach their children. YouTube said on Tuesday that it had not seen the complaints, but a spokeswoman said, "We are always open to feedback and are committed to creating the best experience for families."
The lines between marketing and advertising are often blurred, the groups said in their complaint. They asked the F.T.C. to investigate what appeared to be promotional videos by YouTube creators and said the agency should enforce its disclosure rules on paid sponsorships.
"There is just so much commercial content, and more of it all the time," said Angela Campbell, a professor at Georgetown Law School and an author of the complaints. "And if they are trying to sell something, they aren't making it obvious even to an adult. So to a kid, that is fundamentally unfair."


Previous:   Foiling Electronic Snoops in E Next:  Youth Coding Event Gets a Hand