Bill Would Limit Use of Student Data 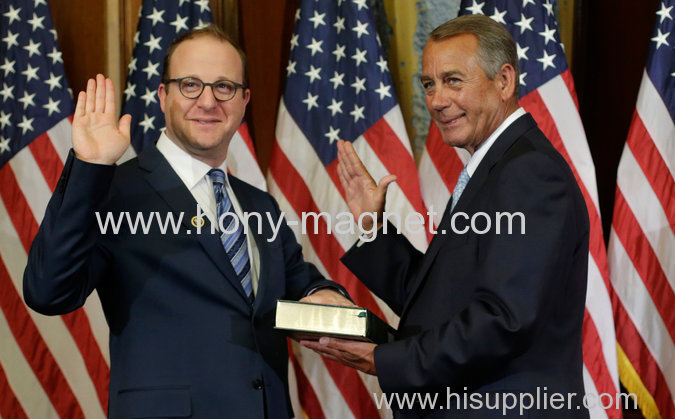 Is the digital revolution in the classroom giving the education technology industry carte blanche to exploit student data?
That was the question some teacher and parents groups have posed in their public responses to the news last week that Pearson, the education publisher, had been covertly monitoring social media sites to identify students who might have disclosed questions from its assessment tests.
In an effort to ease parent and teacher concerns, two congressmen are planning to introduce a bill on Monday that would place limits on how education technology companies can use information about kindergarten through 12th-grade students.
Called the Student Digital Privacy and Parental Rights Act, the bill would prohibit companies that operate school services — like online homework portals, digital grade books for teachers or student email programs — from knowingly using or disclosing students' personal information to tailor advertisements to them. It would also bar them from collecting or using student data to create marketing profiles.
In phone interviews, Representative Jared S. Polis, a Colorado Democrat, and Representative Luke Messer, an Indiana Republican, the bill's sponsors, said they hoped to increase trust in education technology companies.
"This is a first step in providing a framework that can address the concerns of parents and educators and, at the same time, allow the promise of education technology to transform our schools," Mr. Polis said.
But the bill is likely to be opposed by education privacy advocates who seek stronger consent mechanisms for students and parents — as well as by industry groups that favor self-regulation.
"All this bill does is add additional legal hurdles for innovating educational services," an executive at a technology trade group wrote to associates on Friday in a private email that was forwarded to a reporter with the stipulation that the writer of the email not be named.
As school districts across the country turn to powerful new digital education tools, efforts to increase teacher and parent buy-in have been multiplying. Industry executives say that so-called adaptive learning products seem particularly promising. These are apps and sites that can collect and analyze a wealth of student information with the idea of tailoring lessons on the spot to the abilities of each child.
"The world of big data has hit the classroom," Mr. Messer said. "We want to preserve the positive benefits the technology can bring to student outcomes."
Some parents have started warning, however, that school districts lack the resources to monitor how technology vendors use and secure their children's records. These parents say they're troubled by the risk of everything from data breaches and identity theft to the possibility of companies sharing sensitive details like students' grades, disciplinary actions or health data with college or job recruiters.
Although there is a federal education privacy law that requires schools to maintain control over students' educational records, critics say it has not kept pace with the practices of educational technology companies.
"As a parent, I'm concerned that there are vast amounts of academic, physical and behavioral information being acquired on children that could have negative implications for our children's future," said Anna Shah-Bomba, a mother of an elementary school student and a college student in Poughkeepsie, N.Y.
Last year, for instance, ConnectEDU — a career planning site with listings on the academic, personal and career details of millions of students — sought to sell its databases as part of a bankruptcy proceeding.
After federal regulators intervened, the acquiring companies notified the site's account holders that they could choose to have their information deleted.
Partly in response to such incidents, President Obama in January announced a proposal for a new student digital privacy law.
"We're saying that data collected on students in the classroom should only be used for educational purposes," Mr. Obama said in a speech at the time.
The Messer-Polis bill incorporates that principle. In addition to prohibiting school services from personalizing ads to students, the bill obliges vendors to delete students' records should a school request it. It also requires vendors to allow schools or parents to see and correct student files.
But some privacy experts said the draft bill had major loopholes that would allow school services to use student information in ways students and parents might not expect or find acceptable.
For example, it allows school services to make unilateral changes to their contracts and privacy policies. It permits them to disclose student information for purposes like preparing for "employment opportunities." And it would not prohibit sites like ConnectEDU from selling student records as part of a merger or acquisition.
The bill is also unlikely to prohibit companies like Pearson from monitoring the social media posts of students if those activities are performed on behalf of state educational agencies.
"Although this bill has some promising features," said Khaliah Barnes, director of the student privacy project at the Electronic Privacy Information Center, a research center in Washington, "it ultimately fails to uphold President Obama's promise that the data collected in an educational context can be used only for educational purposes."