Youth Coding Event Gets a Hand From Minecraft 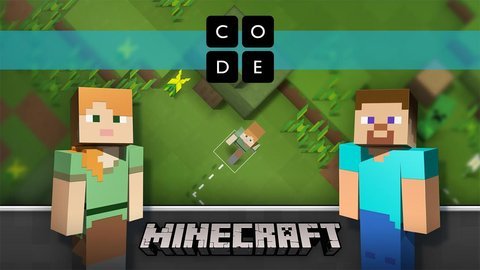 SEATTLE — For the past two years, schools around the world have participated in an event called the Hour of Code in early December, using a variety of gimmicks to make computer programming interesting and accessible to students.
Last year, Code.org, the non-profit that conceived the event, created a tutorial that teaches basic coding skills using the Elsa and Anna characters from "Frozen," the Disney animated blockbuster movie. President Obama held an Hour of Code event at the White House, becoming the first United States president to write code.
For this year's Hour of Code, Code.org has already said it will use characters from the upcoming movie, "Star Wars: The Force Awakens," in a coding tutorial. And on Monday, it announced a similar arrangement with a game franchise that today's children are equally passionate about, Minecraft.
Microsoft, which owns Minecraft, has created a coding tutorial for children that introduces them to basic coding concepts through a simplified two-dimensional version of Minecraft that features Steve and Alex, two characters from the game. The tutorial will operate inside a web browser so schools will not need to install the full-blown Minecraft game on their computers, something that many schools might be reluctant to do.
Hadi Partovi, the cofounder and chief executive of Code.org, said Hour of Code is all about generating student interest in something that they've never tried before. "Using something they already love and are excited about makes it so much easier to take that first plunge," Mr. Partovi said.
Hour of Code will take place from Dec. 7 to 13, which is also Computer Science Education Week. Code.org encourages schools to hold coding events anytime during the week.